Violence and the Movie Industry of South India

We all know how strong a medium cinema is. It influences its target audience to an extent more than any other medium of mass communication can. People get carried away by the both audio and visual aspects of cinema and that's how it has become one of the most influential mediums of mass communication.

In India, cinema has always attracted the audience to a great extent and yes,it has also influenced the lifestyles of the people as well. Right from copying the hairstyles of popular actors (referring to the hairstyle of Salman Khan in Tere Naam) to following the latest trends of fashion and dressing, Indian cinema has also had a direct impact on the fashion and lifestyle industry. However, films also have a deeper impact on other aspects of our lives, like the brands or gadgets that we use, our choice of holiday destinations, and even the manner in which we view society and other aspects of our day-to-day life, including violence.

Violence has been an integral part of films right from its inception, and both our national and regional film industries have not shied away from it. Acceptance of violence in films has been largely left unquestioned. For instance,the release of the movie Dhoom in 2004, which is based on the lives of a group of bikers who smuggle from banks and other public places, inspired a group of bikers in Kerala to rob a bank in 2007. 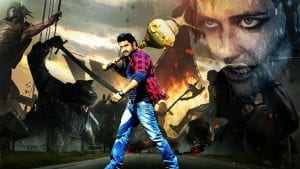 We also find that most of the Bollywood movies being made today are remakes of South Indian movies. Violence, being the main element of these movies, affect the psychology of the audience to a huge extent,especially that of children. We cannot deny how Bahubali became the biggest grosser in Indian film history; it surpassed Bollywood's highest earning film, PK, which had Aamir Khan as the lead protagonist. Every kid knows about Bahubali and are indeed big fans of the movie. Games, toys and cartoons based on Bahubali have flooded the market. As such, I find it pertinent to ask whether we have noticed the high levels of aggression in children these days? They mostly pose to punch and talk about hitting while imitating their favourite characters from films like Bahubali.

While the violence content of movies affects people from all age groups, it's a matter of concern when we see how this kind of violence is affecting kids from the age group of 3 years to 5 years especially. Children often like to imitate what they see on television and in films. They cannot differentiate between fact and fiction until the age of 5 years. This might lead them to view violence as an ordinary occurrence in our daily lives, affecting their sense of compassion towards those around them. 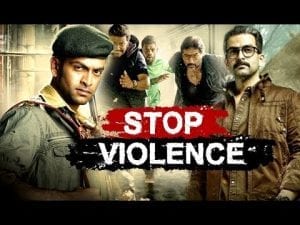 But the violent content in movies continue to be hugely appreciated by the audience and the question of behavioural change in children remains unanswered. The influence of these movies are not limited to just kids as violent contents affects the psychology of people from all age groups. Besides affecting the mentality of children, these movies also imparts ideas of crimes which is also an issue of great concern.

The question which now arises is whether the directors should limit the content of violence in their films, or whether the television should impose stricter rules on airing violent cinemas. The onus also lies on our popular actors who should choose the violent scenes in a more responsible and socially conscientious manner.