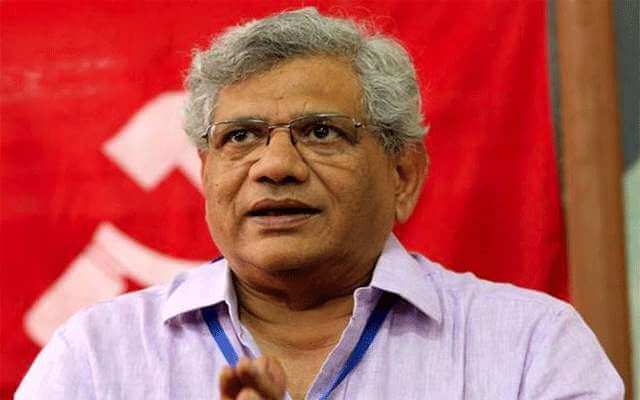 New Delhi: The CPI-M on Saturday slammed the Kamal Nath-led Congress government in Madhya Pradesh for invoking the stringent National Security Act (NSA) in cases of alleged cow slaughter, terming it as an attempt to “appease the communal forces”.

The condemnation came during a two-day meeting of the Polit Bureau of the Communist Party of India-Marxist (CPI-M) that concluded on Saturday. “This stringent legislation was meant to be used against anti-national terrorists. Its invocation over such allegations displays an effort to appease the communal elements,” party General Secretary Sitaram Yechury said while briefing the media after the meet. He demanded the revocation of the NSA slapped against five persons in Madhya Pradesh by the Kamal Nath government. (IANS)