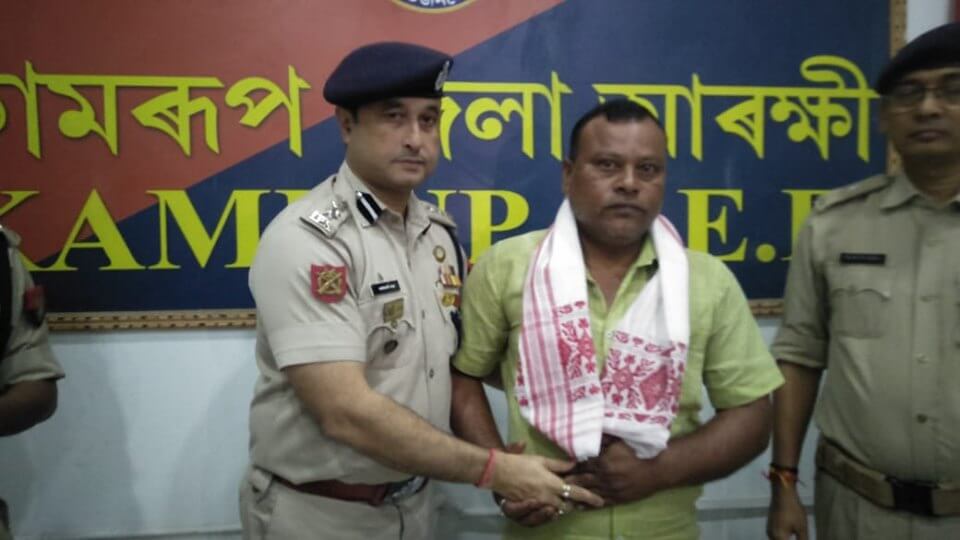 Guwahati: Based on information received by Sualkuchi Police Station on Tuesday, a rescue operation was conducted under the aegis of office in charge of Sualkuchi PS. The police team along with River Police personnel and four villagers of Bathan rescued several cowherds who were stranded on a Char Chapori after their boat was capsized. 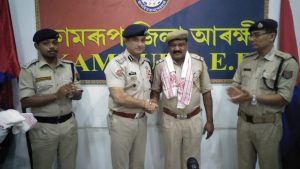 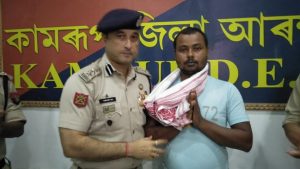 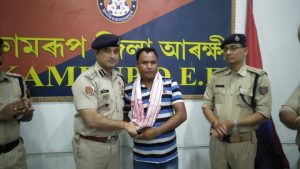 The stranded cowherds were clinging onto branches of trees in order to save themselves, later; they were immediately rescued by the police team and local villagers.

The police team along with the villagers namely Niranjan Baishya, Jayanta Baishya, Hemanta Das and Manoranjan Das visited the spot in a shallow boat braving the Brahmaputra River that was fronting on account of peak Monsoon showers.

It is to be noted that these villagers had rescued the stranded persons risking their own lives.

Following which, Superintendent of Police (Kamrup) as a token of gesture on Wednesday appreciated the brave act of the police personnel and civilians and organized a felicitation ceremony.

Approximately 57, 51,938 people have been affected in the devastating Assam Floods this year so far.

Total 10 numbers of persons have lost their lives due to flood in the districts of Sonitpur (2), Udalguri (2), Kamrup (M) (1), Morigaon (4) and Nagaon (1) in last 24 hours. In this season, the total numbers of death are now 28 persons in Flood and 2 persons in a landslide.