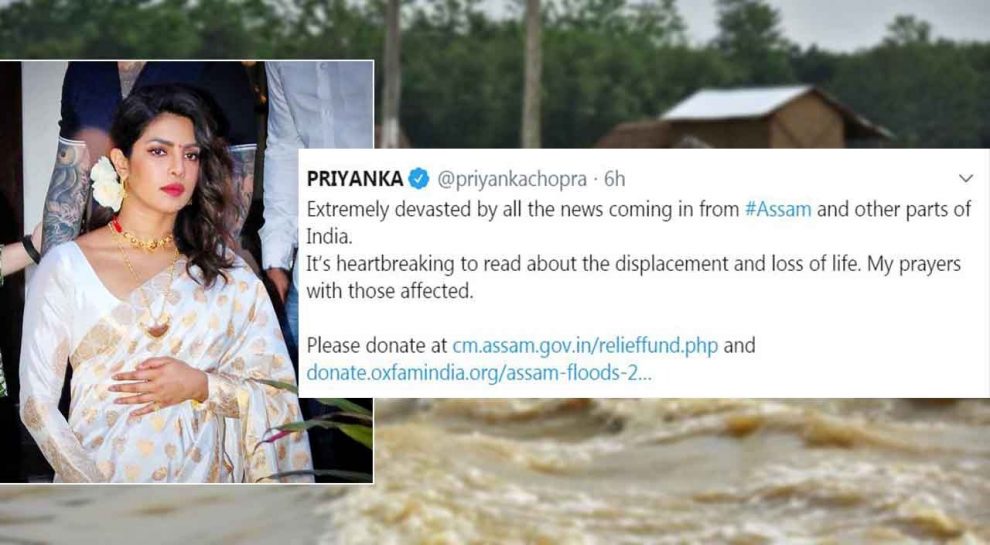 Guwahati: As the state of Assam is getting worse due to the flood situation, Assam Tourism Brand Ambassador Priyanka Chopra on Wednesday urged her fans to donate funds for Assam Flood Relief.

Priyanka in her tweet also mentioned that she was extremely devasted by all the news coming in from across the Assam and other parts of India.

“It’s heartbreaking to read about the displacement and loss of life. My prayers with those affected,” Priyanka wrote further on her tweet.

She also shared a link of the Chief Minister Relief Fund of Assam.

Also, the Central Government on Tuesday released an amount of Rs 251 crore as a grant-in-aid to State Government towards Central Share of SDRF during 2019-20 on the basis of the recommendation of the 14th Finance Commission for relief necessitated by natural calamities. 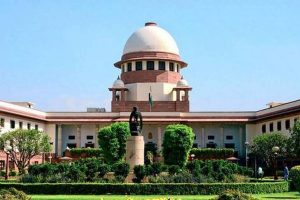 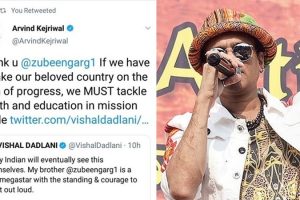 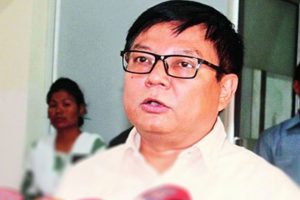 Thank You ! Akshay Kumar for your generosity towards our state of Assam, Donates Rs 2 crs
Landslide in Guwahati traps 8 people in house, Rescued Later by Administration