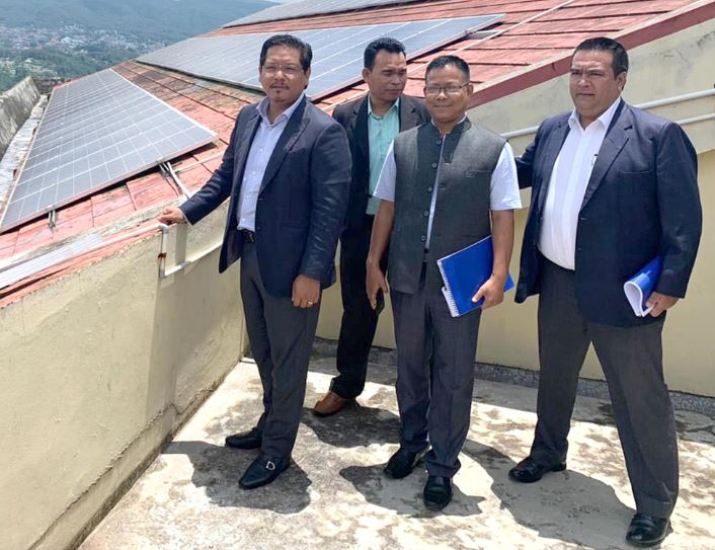 Addressing the gathering of trainees and officials, Conrad said that Meghalaya produces more than 300 MW of power and consumes about 1,200 million units of power and less than 2 MW of power is generated from other renewable sources apart from hydro energy; so the State has a long way to go in generating energy from alternative sources.

“The State has the capacity and opportunity to harness solar energy and this where programmes like these are important for us,” he said.

He added that renewable sources of energy play a very vital role for the economy and the Union Budget of this year has focused a lot on non-conventional and sustainable sources of energy. He also said that the government of the State intends to make this sector grow as much as possible.

“Hydro power plants are not enough to met the consumption needs of the State and generating power from other alternative sources is less than one per cent. Therefore some of the quick ways to reduce power deficiency is to have a efficient power system,” said the Chief Minister and informed that the practice of using LED lights, that has been successfully implemented in the State Secretariat, will be carried out in all government establishments and institutions.

He stated that having solar energy will help in reducing consumption as the energy that is saved by government offices and establishments, schools and institutions on holidays and non-working days will go back to the grid through net metering.

The Chief Minister said that MNREDA has a critical role in non-conventional sources of energy, specially in rural areas, where houses are not yet connected to the grid and urged MNREDA to ensure that the solar panels that have been installed in different places are maintained so that its utility for which it has been set up is derived by the people.

He urged the entrepreneurs not to look at their business only as rooftop models but expand their business to all forms of non-conventional energy and to all aspects of conservation.

“The very fact that you are here today proves that you are a conservationists and I am talking to that environmentalist inside you to tell you to expand your mind and business into saving the environment and its resources,” he told the trained entrepreneurs.