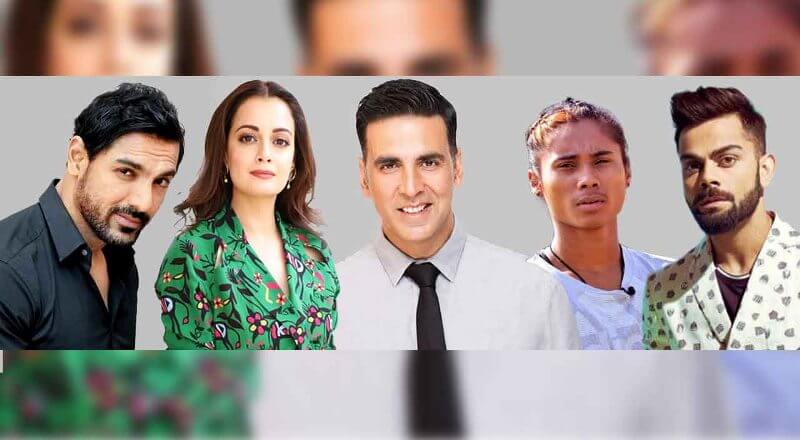 Guwahati: The severity of the Assam flood has left the entire nation shaken with which the noted personalities, famous figures and Bollywood celebrities have come out in public to extend their support and sympathy for the state and its people.

The flood situation in Assam, due to the incessant rain of several days, has reached such an extent that thousands of villages across the state are reeling under the floodwater. Lacs of people are forced to come out of their homes and choose to spend a sleepless night in the relief camps leaving behind their homes, livestock and the paddy fields.

Such disappointing and disheartening sights of the flood-affected people have moved the Bollywood celebrities to either offer monetary donations to the people of the land or request others to extend a hand of help. The forerunner in the list of donators towards the Assam flood affected people is Bollywood superstar Akshay Kumar who not only made a sum of Rs 1 crore as a donation to the people of Assam but has also contributed an equal amount for the animals of Kaziranga national park. Notably, along with the people of the state, the wild animals living in the national park too are massively affected. As 95% of the KNP is submerged by overflowing water of River Brahmaputra, the animals are compelled to come out of the forest and either climb up the Karbi hills or take shelter in the nearby villager’s house. Such an instance of a tiger taking shelter in a man’s house has made news in Assam recently.

Heartbroken to hear the devastation caused by the floods in Assam. My thoughts and prayers go out to everyone affected out there. #PrayForAssam

Priyanka Chopra, who used to be the Brand Ambassador of Assam and had promoted Assam tourism, too has taken to tweet her feelings in the following words:

Extremely devasted by all the news coming in from #Assam and other parts of India.
It’s heartbreaking to read about the displacement and loss of life. My prayers with those affected.

However, what moved one is to see Akshay Kumar appealing people to help the needy rather than simply reacting and expressing grief over the sight of flood-affected people.

Absolutely heartbreaking to know about the devastation by floods in Assam.All affected, humans or animals,deserve support in this hour of crisis.I’d like to donate 1cr each to the CM Relief Fund & for Kaziranga Park rescue.Appealing to all to contribute @CMOfficeAssam @kaziranga_

Assam girl Hima Das, who has lately caught the attention of the world with four consecutive gold medals at various international competitions, too took to tweet and request others to come forward for a help:

Flood situation in our state Assam is very critical, 30 out of 33 districts are currently affected. So i would like to request big corporates and individuals to kindly come forward and help our state in this difficult situation. pic.twitter.com/cbVZv7b4IP

Also read: Miracle flood baby: Woman gives birth on a boat in the middle of a flooded Brahmaputra