Kaziranga: A carcass of a Royal Bengal Tigress was recovered at Kaziranga National Park.

The decomposed body of a Tigress was found in the Lengta camp area of under Kohora range on Friday. The animal is suspected to have died nearly 6 days ago.

“The dead animal was a matured female. Symptoms suggest that it had died due to infighting with another tiger,” Robindra Sharma, research officer KNP, said.

A post mortem examination carried out by experts verified infighting as the cause of death. The carcass was later burnt in the presence of forest officials.

Kaziranga National Park is a national park in the Golaghat, Karbi Anglong and Nagaon districts of the state of Assam, India. The sanctuary, which hosts two-thirds of the world’s great one-horned rhinoceroses, is a World Heritage Site. According to the census held in March 2018 which was jointly conducted by the Forest Department of the Government of Assam and some recognized wildlife NGOs, the rhino population in Kaziranga National Park is 2,413. It comprises 1,641 adult rhinos (642 males, 793 females, 206 unsexed); 387 sub-adults (116 males, 149 females, 122 unsexed); and 385 calves. In 2015, the rhino population stood at 2401. Kaziranga is home to the highest density of tigers among protected areas in the world and was declared a Tiger Reserve in 2006 (now the highest tiger density is in Orang National Park, Assam) . The park is home to large breeding populations of elephants, wild water buffalo, and swamp deer. Kaziranga is recognized as an Important Bird Area by BirdLife International for the conservation of avifaunal species. When compared with other protected areas in India, Kaziranga has achieved notable success in wildlife conservation. Located on the edge of the Eastern Himalaya biodiversity hotspot, the park combines high species diversity and visibility.

Kaziranga is a vast expanse of tall elephant grass, marshland, and dense tropical moist broadleaf forests, crisscrossed by four major rivers, including the Brahmaputra, and the park includes numerous small bodies of water. Kaziranga has been the theme of several books, songs, and documentaries. The park celebrated its centennial in 1998 after its establishment in 1905 as a reserve forest. 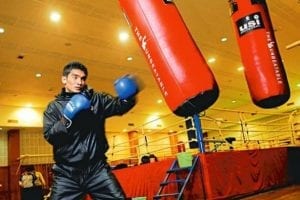 GUWAHATI: Pugilist Shiva Thapa (63 kg) of Assam outpunched   Ireland’s George Bates at the quarter-final clash to earn a place at the semi-finals at... 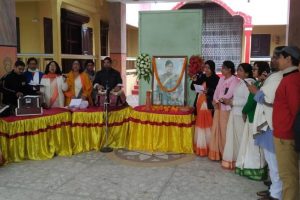 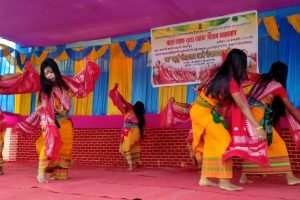 A Correspondent Tamulpur: A festival of Bodo folk song and dance was held with a day-long colourful programme at the premises of Kalbari Bathou Temple recently... 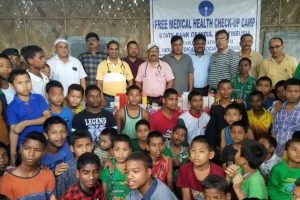 A Correspondent DOOMDOOMA: As a part of its Corporate Social Responsibility (CSR), the State Bank of India (SBI) Tinsukia Regional Office (RO) is providing... 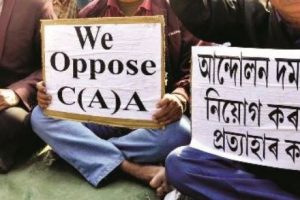 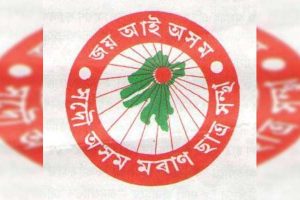 A Correspondent DOOMDOOMA: The All Moran Students’ Union (AMSU) Talap-Kordoiguri Regional Committee, which held its 13th biennial conference at Dhulijan... 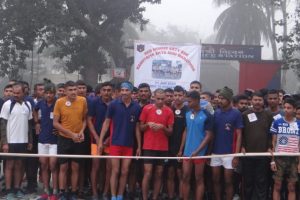 Our Correspondent MANGALDAI: The Indian Army organized the ‘Rashtriya Ekta Mini Marathon’ recently at Panery in the Udalguri district to celebrate Army Day and... 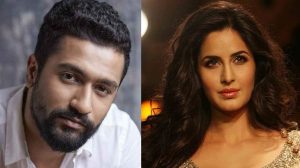