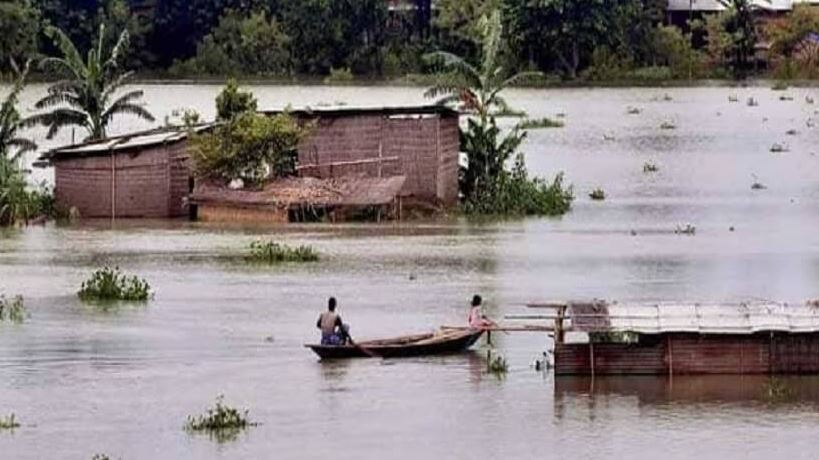 KOKRAJHAR: The All Bodo Students’ Union (ABSU) expressed deep concern over the ongoing flood and erosion in Assam in which more than 45 lakh people have been badly affected and forced to take shelter in embankments and roads without adequate facilities and care. The union demanded that the Government of India should take scientific measures for permanent solution of flood and erosion problems of the State by declaring it as national problem.

The vice-president of the ABSU, Dipen Boro and general secretary Lawrence Islary in a statement said the students’ body demanded that the State Government should take all possible measures for relief and rehabilitation of the flood-affected people and to provide adequate relief materials. ABSU volunteers of the anchalik and district committees are distributing relief materials and taking care of the flood-affected people in various places, they added.

The student leaders said that the State government had totally failed in taking preventive measures before the monsoon season arrived. Every year people of Assam had to suffer due to flood and erosion. “Most of the areas have been affected by flood due to eroding away of embankments. These embankments are constructed with poor quality and low scientific temperament. It is also a matter of shame that the Government of India has not declared the flood and erosion of Assam as a national problem despite the demand of the people of Assam, various organizations and Parliamentarians at different times,” they said, adding that the central assistance for flood-affected people was not sufficient in terms of actual relief and rehabilitation required for the present flood condition in Assam.

ABSU demanded that the Prime Minister should intervene in the issue and take scientific measures for permanent solution by declaring Assam’s flood and erosion problem as a national problem. The ABSU also demanded the Union Government to allot Rs 1,000 crore financial assistance to Assam to mitigate the ongoing havoc of flood and erosion and appealed to the State Government for formulation of scientific master plan for sustainable solution of flood and erosion, regular relief materials for one year for the affected families, land to the landless erosion-affected families and adequate rehabilitation and government service to the families who had lost their properties and land.

Flood situation improves in Dibrugarh as flood-affected villages come down to 62
Thundershowers expected to hit Guwahati next week: IMD reports