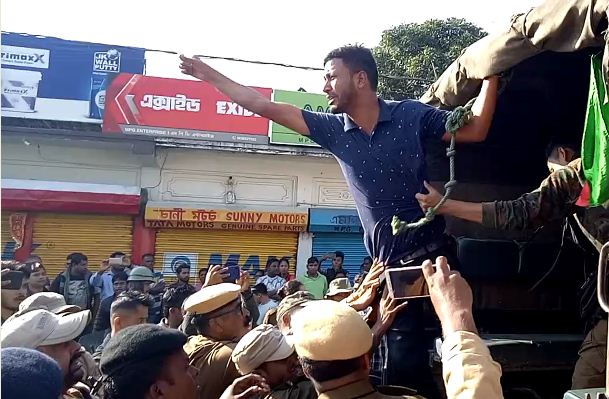 On Sunday, Agriculture Minister Atul Bora came to his residence in the Bengenakhowa area of Golaghat town and was going to attend a meeting at the AGP office in Golaghat. But in the meantime, more than 300 activists of SMSS gheraoed Atul Bora’s residence.

The protesters raised various slogans against Bora and slammed him for his support to the controversial CAB. Amidst the protest, a group of AGP workers who accompanied the minister attacked the protesters. The Golaghat Police arrived on the spot and brought the situation under control. Police detained five members of SMSS, including State committee general secretary Bidyut Saikia, district president, and secretary Satyabrat Saikia and Rupam Gogoi respectively.

Also Read: Polarization in society over CAB getting prominent day by day: SMSS