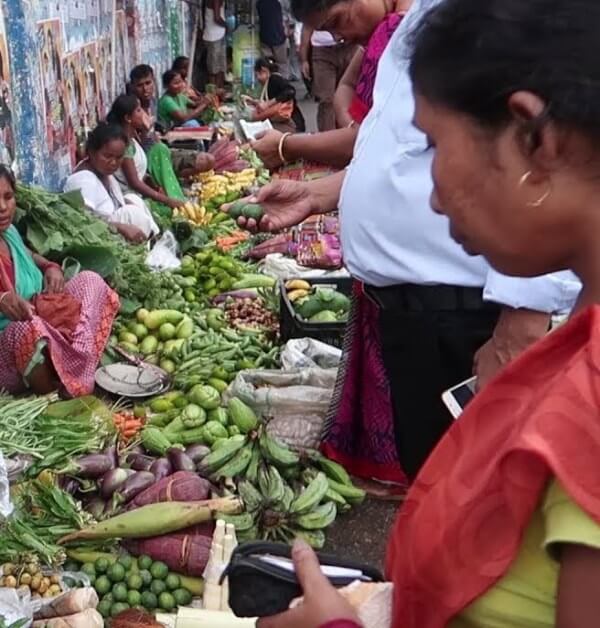 Guwahati: Assam being severely flooded hit and facing massive landslides and erosion at several places, the after-effects are leaving the people of the state shaken. After the houses, paddy fields, vegetation and the livestock being badly inundated and damaged by the floodwater, the standard of living in the state has degraded. One of the most affected sectors by the Assam flood is the vegetable market as the prices of the vegetables have gone sky high due to its unavailability.

The present scenario in the vegetable market is so that one cannot think of buying his favourite vegetable at a price in which he used to buy it regularly. Every single thing in the vegetable market has got a new increased price. The ladyfingers which were earlier sold at a price of Rs 20/25 per kg, now costs one Rs 40-50 per kg. The prices of the vegetables have gone up by a minimum of 20 to 30 Rs from its earlier price and this has taken place merely in a time span of just 15 days.

With the outbreak of the flood, the normally found vegetables are nowhere to be found easily and that has made the vendors too to take advantage of the situation and increase the prices.

Other vegetables like brinjal, ridged gourd, string bean, teasle gourd are being sold at double the original prices of these. Ridged gourd and string beans are being sold at Rs 50 per kg which at time, is beyond the reach of the lower-middle-class buyers. For buying a kg of brinjal one will have to pay Rs 40-Rs 45 per kg.

With vegetables being supplied to Guwahati comes mainly from Kharupetia, Dolgaon, Meghalaya, etc, the flood in the respective places have led to lesser quantity in the supplies.

Such skyrocketing prices of the vegetables have put a direct impact on the lives of the common people as not everybody is financially sound to afford such expensive vegetables.

Also read: Fish, Vegetable Prices Up In Guwahati Due To Floods