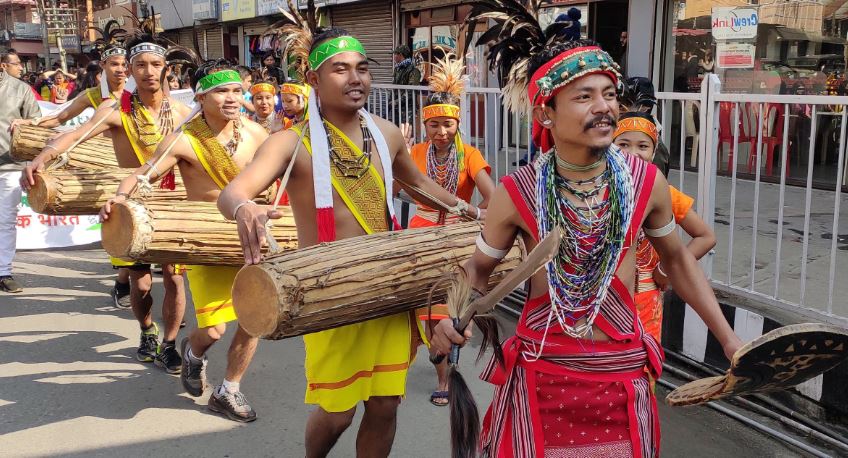 SHILLONG: Chief Minister  Conrad K Sangma flagged off the “Cultural Carnival” from Fire Brigade Field here on Saturday. The carnival was held as a part of the week-long Meghalaya Day celebrations that will culminate with the Republic Day.

Addressing the gathering, Conrad said, “We as a government felt that it would be appropriate to connect Meghalaya Day and Republic Day by having a series of programmes that would bring out the patriotism and a strong feeling of being a Meghalayan and an Indian.”

The Chief Minister also added that the different programmes that were held was to bring out and reflect the relationship between Meghalaya and the rest of the country.  He hoped that the Meghalaya Week would become bigger and greater with more participation in the years to come. A number of institutions participated in the carnival displaying the culture and tradition of the State and the region as a whole.