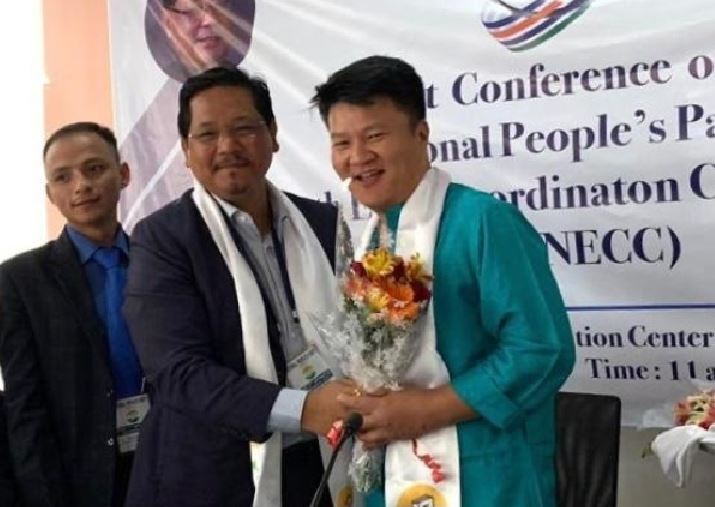 Mutchu who is the son of veteran Congress leader and senior MP from Arunachal Pradesh, Mukut Mithi, was given this very important portfolio based on his performance and able leadership to strengthen the party in the country and particularly in the northeastern region ahead of the 2021 Assembly polls in Assam and Manipur and the Autonomous Council polls in Mizoram, Tripura and other States.

NPP-NECC general secretary DS Malai while talking to media persons at Shillong on Friday appreciated and hailed Sangma for the move to appoint the two-times MLA from Arunachal Pradesh.

Malai stated that the appointment is of utmost importance as the party has recently been recognized as a national party while at the same time expressed optimistic that the party will have its base across the country in the near future. Further, Malai also congratulate Mithi for having been appointed to this very important portfolio and hoped that under his dynamic leadership, the party will prosper and spread its wings.