The social media has been in awe over a viral picture of a volleyball player in Mizoram breastfeeding her baby in between a game on the field. The social media lauded the athlete for setting the example of the power and for not hesitating to act like a mother.

The image has been shared by a Facebook user named Ninglun Hanghalwhich was sourced from Linda Chhakchhuak as it was mentioned. 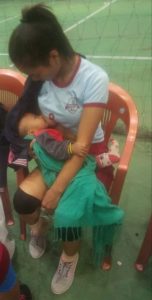 Lalventluangi, the volleyball player from the Tuikum Volleyball Team got admitted into the Players Camp with her seven-month-old baby. During half-time, Lalventluangi took a short break so as to breastfeed her starving baby.

Ninglun wrote, "A stolen moment to feed her 7-month-old baby in between a game was captured making it the picture mascot of the Mizoram State Games 2019. The picture has gone viral with people lauding her for her attitude of dedication and courage taking along twin responsibilities of a sportswoman and motherhood in her stride."

The picture garnered a lot of likes and comments. In the comments section of the post, Lalventluangi was applauded by the netizens. While a user said 'Bravo' another user said, 'How great is mother's love!!!' 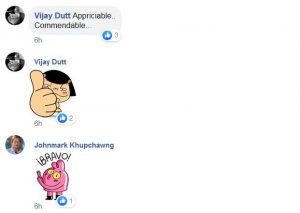 Seeing this picture the sports minister of the state has decided to award the athlete with a sum of Rs.10000 as a token of appreciation.