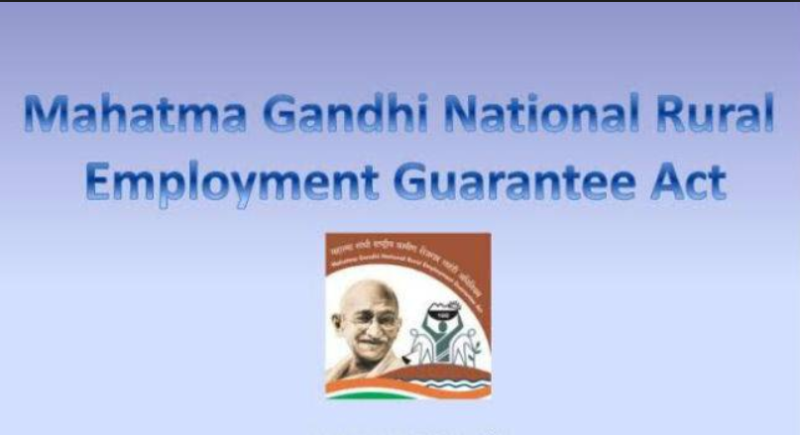 GUWAHATI: With just five months left for the fiscal (2019-20) to be completed, the performance of State government under MGNREGA (Mahatma Gandhi National Rural Employment Guarantee Act) has not been up to the mark. According to the statistics of Ministry of Rural Development, only 2,850 households have got the 100 days guaranteed employment in the rural areas of Assam. Of them, the maximum number of 1004 households was in Lakhimpur district. Nalbari was a distant second with 654 household beneficiaries. The other districts that showed a dismal picture with respect to MGNREGA are as follows: Jorhat (four households); Charaideo and Dima Hasao (three households each); Sivasagar and Nagaon (two households each); while there was no beneficiary in four other districts — Kamrup (M), South Salmara-Mankachar, Goalpara, and Hailakandi.

MGNREGA is one of the flagship programmes of the Ministry of Rural Development. At the ground level, it is implemented by the gaon panchayats. The involvement of contractors is banned. Labour-intensive tasks like creating infrastructure for water harvesting, drought relief and flood control are preferred. This law proposes to enhance livelihood security in rural areas by providing at least 100 days of wage employment in a financial year to every household whose adult members volunteer to do unskilled manual work.

Another aim of MGNREGA is to create durable assets (such as roads, canals, ponds and wells). Employment is to be provided within 5 km of an applicant’s residence, and minimum wages are to be paid. If work is not provided within 15 days of applying, applicants are entitled to an unemployment allowance. Thus, employment under MGNREGA is a legal entitlement.

Meanwhile, sources also informed that of the 50.69 lakh job card holders in the State, 15,11,712 households applied for employment in the current fiscal. Accordingly, various work was offered to 15,11,009 households; while 13,48,328 households were ultimately provided employment.

The job cards are used to send job details to workers out in the field and to get information back about the work done on each job. They can be used to allocate labour and material cost to a specific job. A job card gives details of the time taken to do a piece of work and the materials used in the process.

The Act was first proposed in 1991 by PV Narasimha Rao. It was finally accepted in the Parliament and commenced implementation in 625 districts of India. Based on this pilot experience, National Rural Employment Guarantee Act 2005 (NREGA) was scoped up to cover all the districts of India from 1 April 2008.The statute is hailed by the government as “the largest and most ambitious social security and public works programme in the world”. In its World Development Report 2014, the World Bank termed it a “stellar example of rural development”. Subsequently, NREGA was renamed as the MGNREGA.

Also Read: Anger in Tripura Over Delay in Payments for MGNREGA Work

Also Watch: Danger Alarm: Rise in water level by 10 cm per hour due to Pipeline Burst in Dima Hasao