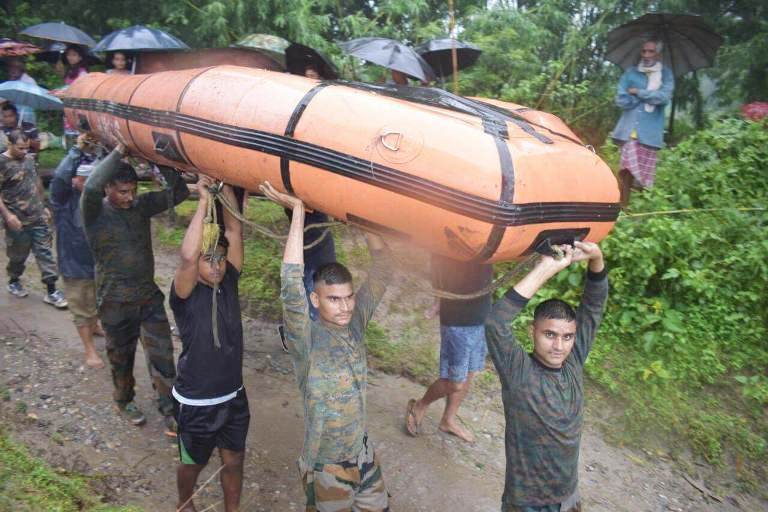 Baksa: On 11 July 2019, the village Balipur Char, Baksa district was inundated as the Beki River flowed above the danger level due to incessant rains for the last four days.

At around 2:30 pm DC Baksa made a requisition to the Unit of Indian Army to carry out the rescue operation and evacuate the stranded villagers as the situation was very grave.

Troops of the Indian Army immediately sprung into action. The Army column along with SDRF and civil administration evacuated the stranded villagers and shifted them to flood relief shelters in Odalguri village. 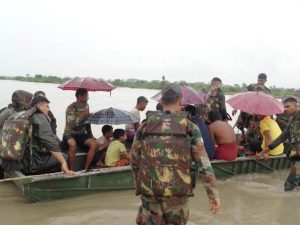 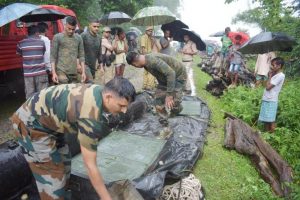 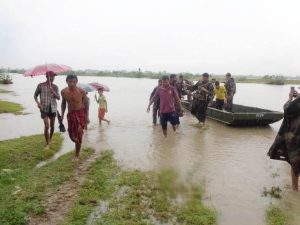 Due to incessant rains in the area, River Champamati in Chirang district started overflowing. This caused a flood like situation in 2-3 villages on East Bank of Champamati River in general Area Ranikhata. The situation was turning grave, especially in village Aminpara where 20-30 civilians were stranded in flood waters. The level of water has been rising every passing minute.

An Army patrol was on its routine movement when they saw the stranded villagers in Aminpara, who desperately needed help.

Although not tasked as being the first responders to the flood situation, seeing the gravity of the situation, the troops sprung into action and evacuated 07 Males, 06 Females, 19 Children and 7 elderly persons. Total of 39 villagers was evacuated.

The villagers have expressed deep gratitude and heartfelt thanks for saving their lives.

Army deployed in Chirang has been geared up since pre-monsoon days to cater for such contingencies. Army columns are on standby in the entire district of Chirang to tackle the flood situation.

It may be mentioned that with flood waters inundating over 700 villages in 17 districts and affecting over 4 lakh people across the State, Chief Minister Sarbananda Sonowal on Thursday reviewed the prevailing flood situation and asked Deputy Commissioners (DCs) and other officials to remain fully alert for tackling the situation. The Chief Minister interacted with the Deputy Commissioners and district-level senior officials of different government departments through a video conference from Guwahati and directed them to remain fully alert and prepared to tackle flood.