Home » Top Headlines » Will Myself Decide On My Successor: Dalai Lama 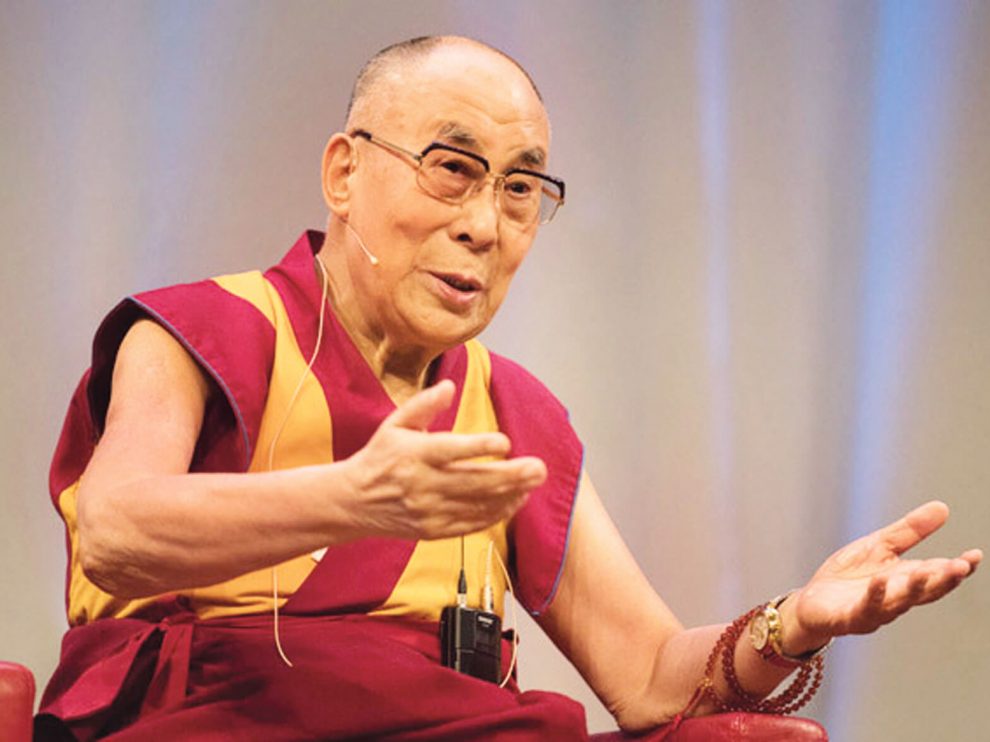 DHARAMSALA: Tibetan spiritual leader the Dalai Lama, respected by millions as a living god, who has been caught in a controversy over his recent joke that his successor a female Dalai Lama would have to be “more attractive”, has clarified that his reincarnation is to be decided by him.

The Buddhist monk had apologized for his “attractive” female successor remark, saying he genuinely meant no offence and offered his sincere apologies if people were hurt by what he had said.

However, aides in his private office in this northern Indian town on Monday clarified there is no question of search for his successor as the Dalai Lama, 84, announced in 2011 that he would decide at 90 whether or not he should have a successor.

The issue of reincarnation is his personal right, an aide in the Dalai Lama’s office said.

At the same time, the globe-trotting monk warned that any candidate chosen for political ends by anyone, including China, should not be recognised or accepted.

The aide said still there is no certainty that whether the institution of the Dalai Lama should continue or not after the 14th and current Dalai Lama, Tenzin Gyatso.

“My reincarnation is to be decided by myself, nobody has the right to decide about that,” he often said in his remarks.

“One day you will hear that the Dalai Lama has passed away, but I will come back, even if the institution of Dalai Lama is no longer recognised. I will be back,” a post on his website quoting the Dalai Lama said.

But who is next after the Dalai Lama?

At the present moment, the Dalai Lama’s institution is useful to the Tibetan culture and the Tibetan people.

“Personally, I feel the institution of the Dalai Lama has served its purpose. More recently, since 2001 we now have a democratically elected head of our administration, the Kalon Tripa.

“The Kalon Tripa runs the daily affairs of our administration and is in charge of our political establishment. Half jokingly and half seriously, I state that I am now in semi-retirement.”

In August 2011 when Lobsang Sangay took over the reins of the government-in-exile from monk and scholar Samdhong Rinpoche, who held the post for 10 years but was overshadowed by the Dalai Lama, the Dalai Lama announced: “When I am about 90, I will consult the high lamas and re-evaluate whether the institution of the Dalai Lama should continue or not.”

On his birthday on July 6 this year, he said, “I am now 84, but I hope to be able to celebrate the occasion with all of you for many more years to come.”

Clarifying this month on his remark during a BBC interview that have caused disquiet, the Dalai Lama recalled the conversation on the physical appearance of a female successor with the then Paris editor of Vogue magazine, who had invited him in 1992 to guest-edit the next edition.

She asked if a future Dalai Lama could be a woman. His Holiness replied, “Certainly, if that would be more helpful,” adding, as a joke, that she should be attractive, said a statement by his office.

The Dalai Lama was at least partially responding to the unfamiliar ambience of working with a team whose prime focus was the world of high fashion.

On the Chinese stating that the next Lama will be born in Tibet and chosen by them, he said: “If the present situation regarding Tibet remains the same, I will be born outside Tibet away from the control of the Chinese authorities. This is logical. The very purpose of a reincarnation is to continue the unfinished work of the previous incarnation.”

His Holiness the 14th Dalai Lama, Tenzin Gyatso, describes himself as a simple Buddhist monk.

In 1989, the Lama won the Nobel Peace Prize for his non-violent struggle for Tibet. He was awarded the US Congressional Gold Medal in October 2007, even in the face of protests by China.

The Lama now lives in exile along with some 140,000 Tibetans, over 100,000 of them in different parts of India. Over six million Tibetans live in Tibet. (IANS)