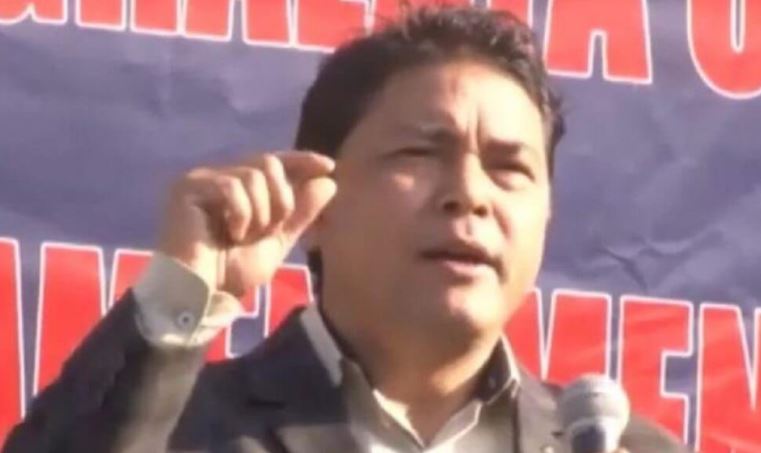 Shillong: The recent declaration by Union Home Minister Amit Shah that there will be certain provisions to be added within the Citizen Amendment Bill (CAB) to safeguard three States of the Northeast was not welcomed by the North East Students Organisation ( NESO). The three States are – Arunachal Pradesh, Mizoram and Nagaland – where the Inner Line Permit (ILP) continues to be in force.

Speaking to The Sentinel on Friday, the chairman of NESO Samuel Jyrwa stated, “Under no circumstances will we accept the CAB even when there are talks of bringing an amendment to bring certain provisions for the three States.”

Seeing that there are sinister designs on the part of the Union Home Minister where reference was made only on the three States while Assam, Meghalaya, Tripura and Manipur have been left out, the NESO chief said that the union sees the Northeast as a block that has been collectively protesting against the proposed legislation.  “They (MHA) should foresee the possible collective uproar if they bulldoze the legislation,” said Jyrwa.

Asked on what the NESO plans to take on the proposed amendment, Jyrwa stated, “There is no going back in our collective stand even if the union is talking about certain alterations in the proposed bill.”  The NESO is known for its firm stand on evicting illegal migrants from the seven sister States.

The Union Minister of State for Home Affairs Nityanand Rai is arriving in Shillong on Saturday and it is expected that uncomfortable questions will be placed by the media before the minister.