Tezpur: ‘A friend in need is a friend indeed’, standing true to its ethos, Indian Army integrated with its Medical and Veterinary components along with State Health and Veterinary Services is currently organising three Medical Camps and two Veterinary Camps in the Flood affected Areas of Lower Assam on 21 July and 22 July 2019. The Medical Camps are being organised in Barpeta, Moigaon and Sonitpur districts while the Veterinary Camps are being conducted in Dhubri and Nalbari districts. 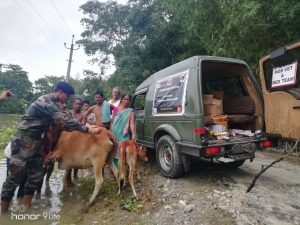 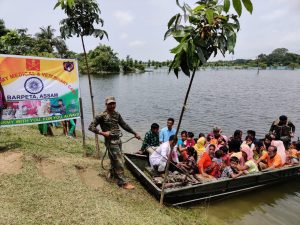 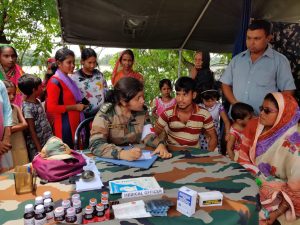 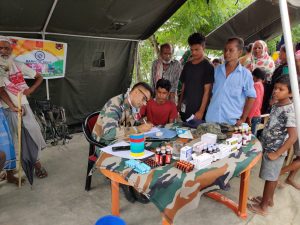 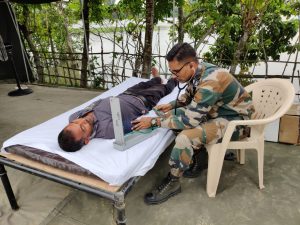 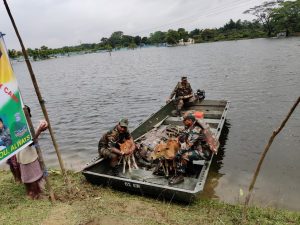 Due to incessant rains over the past few days, almost all districts of Lower Assam have been affected by a flood. The Camps are established with the intent to address issues pertaining to waterborne infectious diseases and epidemic threat - both to livestock and human. The said Camps are also providing Mobile Detachments of effective outreach to neighbouring villages which are still inundated.

Since 11 July 2019, six Flood Relief Columns of Indian Army have been requisitioned in various districts to augment the efforts of State Government during Flood Relief for the evacuation of locals stuck in flood-affected areas as also in reaching out and distribution of Relief Materials to the flood victims.

Due to the efforts of the Indian Army, a large number of locals are being provided Medical Aid and veterinary assistance to the animals. The Civil Administration and locals have appreciated the initiative for providing succour to the affected people. The yeomen and selfless service of Indian Army, time and again demonstrate its commitment towards the nation-building instilling a sense of trust and belongingness amongst the local populace in consonance with the Army’s broader objective.